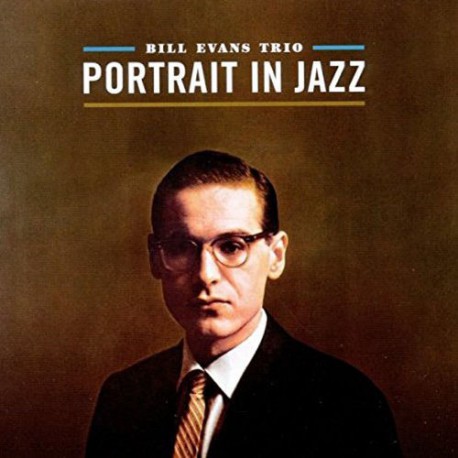 5 STARS JAZZWISE MAGAZINE, April 2011
Included here in its entirety, Portrait In Jazz was Bill Evan`s third album as a leader, following New Jazz Conceptions (1956) and Everybody Digs Bill Evans (1958). It was also Evans' first LP with the talented bassist Scott LaFaro. The two musicians' extraordinary chemistry is evident from the very first tune. As a bonus, a complete radio broadcast from Birdland featuring the same trio (recorded four month after the studio album), and the original version of "Blue in Green", recorded by Bill Evans with Miles Davis for the classic album Kind of Blue. (Although numerous sources state that the piece was composed by Evans, Miles later claimed it as his own)
Personnel: