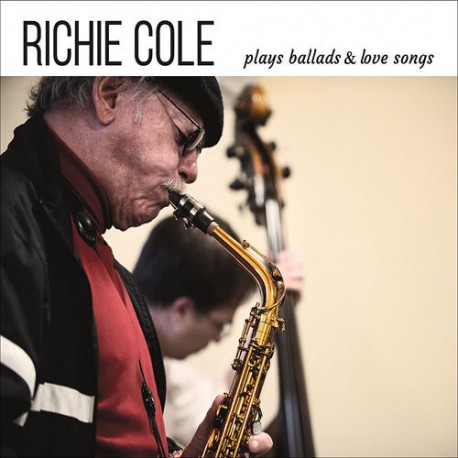 Back in the mid-'70s, when bebop was being greatly overshadowed by fusion, a reduced number of musicians showed that not only was bop not old-fashioned, but it could be quite fun. Veteran bebop alto saxophonist Richie Cole, was one of them. Now after 45 years in the jazz world and with over 50 albums as leader, has issued his first album dedicated to ballads and romances.

It was largely unplanned. It came about because the horn section left for a gig when Cole had studio time remaining, and the band decided to goof around with some old melodies while the recorder was on. With just a single take each, they found they had eight worthwhile tracks, all ballads.

Having an entire album consistently in a down tempo vein is precisely what sets Plays Ballads & Love Songs apart, a delightfully different outing from Cole and an album that should become a favorite despite running against the grain of his career.