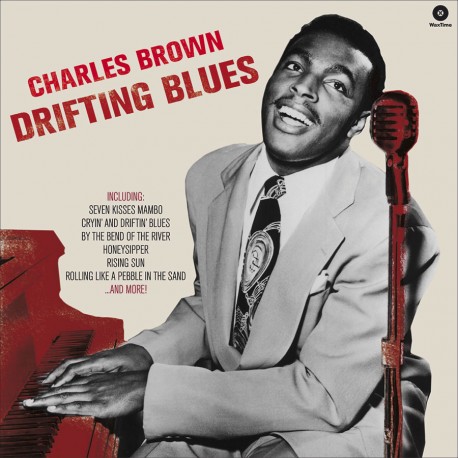 This WaxTime LP release includes Charles Brown’s underrated album, "Drifting Blues". This lost gem was originally issued as a 12” long play in 1957 by the Aladdin subsidiary Blabel Score, and has been long unavailable on vinyl. It contains selections of earlier recordings and Aladdin singles, taped between 1952 and 1955.

In addition to the original masterpiece, this WaxTime collector’s edition also includes 2 bonus tracks from the same period: the catchy “Love’s Like a River,” and the 1956’ staple “Merry Christmas Baby.”

CHARLES BROWN, vocals and piano, plus: