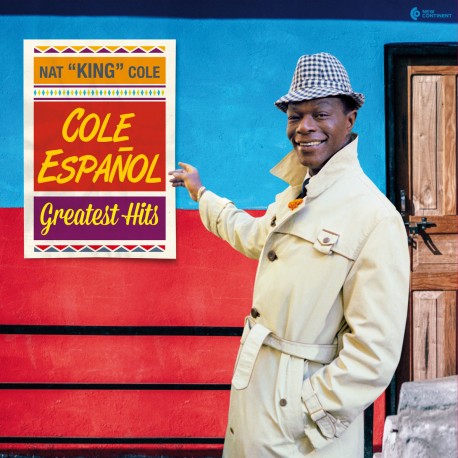 Notify me when available
In 1958, Nat King Cole (1919-1965) dedicated an album to his international audience with Cole Español. There, for the first time ever, he sang in Spanish. It was a huge, kind of unexpected hit, for Latin-American music was still relatively unknown in America in the l950s. Cole didn’t speak Spanish at all, but he learned the lyrics phonetically. He was accompanied on most tracks by an orchestra conducted by Armando Romeu, Jr., in Havana, Cuba, in February of 1958. Dave Cavanaugh would back Cole on his second album in Spanish. Such was the success of the first attempt, that two more albums followed it in 1959 and 1961: A Mis Amigos and More Cole Español. While the initial LP had employed pre-recorded backgrounds made in Cuba, to which Cole added the vocal parts in Hollywood, all of the material from A mis amigos was taped in Rio de Janeiro, Brazil, during the singer’s 1959 tour of Latin America. This LP edition puts together the very best 21 performances from the three original albums.

A8, B1 & B3:
Nat King Cole, vocals only. Arranged and conducted by Dave Cavanaugh Jr.
Recorded in Hollywood, June 1958. Originally issued on Cole Español.