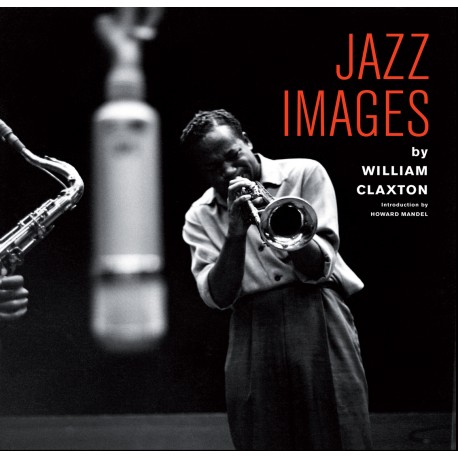 • 168-PAGE BOOK INCLUDING MORE THAN 150 PHOTOS BY WILLIAM CLAXTON!

Born in Pasadena, California, photographer William Claxton (1927-2008) is best known for his dozens of splendid portraits of jazz stars (especially those of Chet Baker, of whom he made the first professional photos) and Hollywood stars (such as his friend Steve McQueen). In 1952, while shooting Gerry Mulligan and Chet Baker at the Haig Club, he met Richard Bock, founder of Pacific Jazz, who quickly hired him as art director and house photographer. During his time at the label, Claxton snapped and designed album covers at a rate of roughly one per week, in the process establishing the visual identity of the West Coast jazz movement. Where previous jazz photographers captured their subjects in the dark, smoky environs of nightclubs, Claxton capitalized on the sun and surf of southern California, posing artists in unorthodox outdoor settings to represent a new era in the music’s continued evolution. Claxton’s images graced the covers of numerous music albums, and his work regularly appeared in such magazines as Life, Paris Match and Vogue. Claxton wrote 13 books, held dozens of exhibitions of his photographs around the world, and won numerous photography awards.

HOWARD MANDEL, president of the Jazz Journalists Association, has written a special introduction to this book, which also contains a prefaceby jazz journalist PASCAL ANQUETIL.