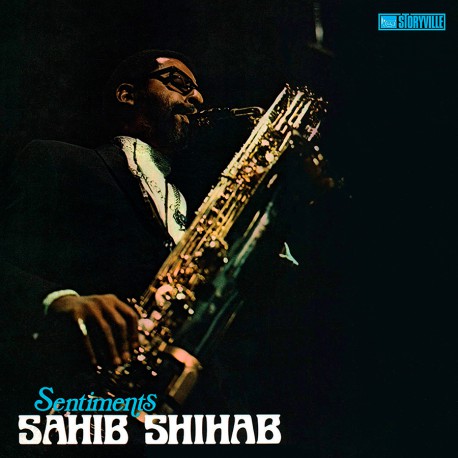 Sahib Shihab played all members of the saxophone family plus flute. He filled lead alto spot with Fletcher Henderson in the 1940s, before going on to play with Thelonious Monk. In 1959 he toured Europe with Quincy Jones. Disillusioned with racial politics in America, Shihab settled in Copenhagen.

"Sentiments" was recorded in 1973. It is notable for the leader's original, highly inventive songs inspired by visits to Paris and Tunis and features American drummer Jimmy Hopps, who Shihab met in Paris. The opener, "Ma 'Nee" is based on a melody Shihab heard being sung on a bus in Tunis by two unknown locals, accompanied by a drum. Ma 'Nee means "meaning" in Urdu. Danish bassist Niels-Henning Ørsted Pedersen's solo is underpinned by Hopps, best known for his later work with multi-instrumentalist Roland Kirk. Kenny Drew, an early American immigrant to Denmark, plays some fine, lyrical piano.