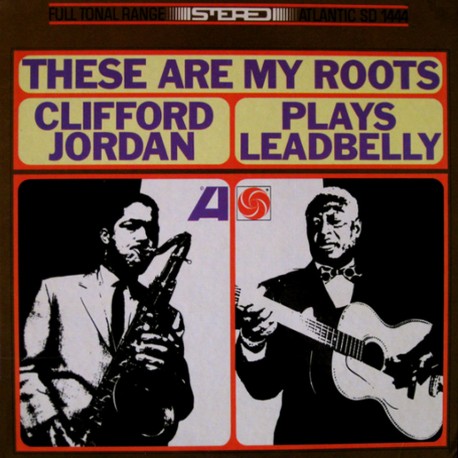 These Are My Roots: C. Jordan Plays Leadbelly

At first glance, this appears to be a very illogical album. Back in 1965, tenor saxophonist Clifford Jordan recorded a tribute to the late folksinger Leadbelly. The date, originally cut for Atlantic, is actually more successful than one might expect. Jordan performs nine of Leadbelly's originals (including the hit "Goodnight Irene"), turning the music into jazz without lessening the impact of the melodies or their folk roots. Trumpeter Roy Burrowes, trombonist Julian Priester, bassist Richard Davis, and drummer Albert "Tootie" Heath are on most of the selections along with Jordan, while Chuck Wayne (on guitar and banjo) helps out on four tunes, and pianist Cedar Walton is on three. The fine young singer Sandra Douglass is excellent on "Take This Hammer" and "Black Girl." Overall, this project is an unexpected success -- one would not have thought that Clifford Jordan and Leadbelly had that much in common!