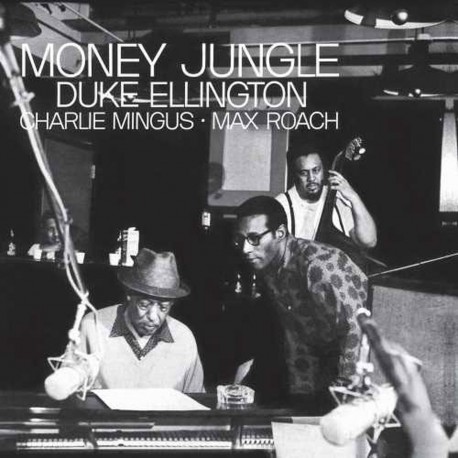 On September 17, 1962, Duke Ellington, Charles Mingus and Max Roach gathered at Sound Makers studio in NYC and recorded Money Jungle, one of the most celebrated jazz trio albums of all time. Generational and stylistic differences between the three masters led to fearless music-making of the highest order. The album was originally released on United Artists and featured 7 of Ellington's indelible compositions including "Caravan", "Solitude" and a stunning version of "Le Fleurs Africaines (African Flower)". By going back to the original analog stereo master the Tone Poet Edition presents this classic album with superior sound quality.