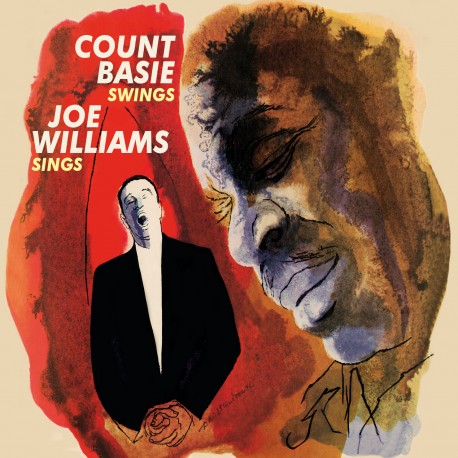 Count Basie Swings, Joe Williams Sings (Clef MG C-678) was the first album featuring Joe Williams (1918-1999) as the vocalist of the Count Basie orchestra. Basie and Williams’ first real encounter would take place in 1954, and from that year until 1961, Williams remained the singer for the band, rising to national prominence with Basie. “Every Day I Have the Blues”, taped in 1955, was one of his many hit sides (it was added to the Grammy Hall of Fame for recordings of particular historical or qualitative importance in 1992). The complete Basie/Williams LP The Greatest!! Count Basie Plays, Joe Williams Sings Standards (Verve MG V-2016), as well as the only existing alternate take from that album and two further rare collaborations between pianist and singer have been added as a bonus.