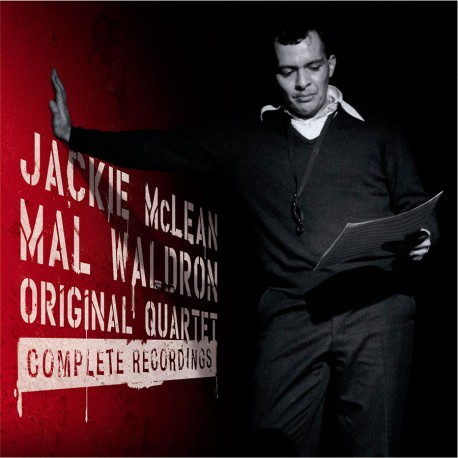 The collective discography of alto saxophonist Jackie McLean and pianist Mal Waldron remains as exceptional as it does sparse. This 2-CD collection reunites all of the quartet selections recorded during the Fifties, the most active period of their work together.

During the same period, McLean and Waldon also recorded quintet and sextet albums together under their own names.

Their most interesting collaborations were the quartet sides they recorded during the initial years of their musical careers, which are included here in their entirety for the first time. Most of these sessions were originally scattered over several albums, which also contained selections from larger groups. This is especially the case with the extended February 15, 1957 session, which was originally divided up and released on four different LPs!

With this in mind, the producers have added some quintet sessions (as a bonus to the complete McLean-Waldron quartet sides), including all the quintet/sextet tracks from the July 1956 sessions, plus the only two quintet sides from a February 8, 1957 session.