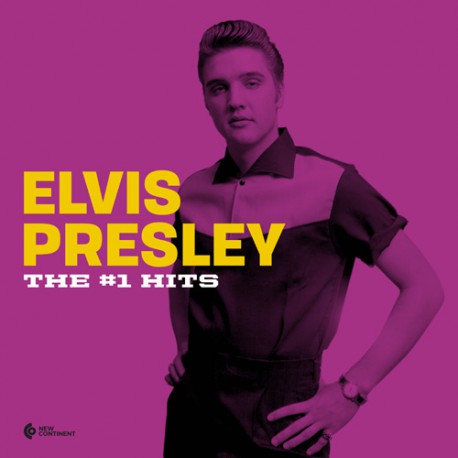 The No. 1 Hits (Limited Gatefold Edition)

Elvis Presley (Tupelo, Mississippi, January 8, 1935 – Memphis, Tennessee, August 16, 1977) was rock & roll’s first real star and one of the most important cultural forces in history – a hip-shaking symbol of liberation for the staid America of the 1950s.
Included on this set are Elvis’ greatest hits from the period 1955-62, among them all of his King singles that reached number one on the U.S. pop charts between 1956 and 1962. Among other smash hits, this release includes both sides of the single “Hound Dog”/“Don’t Be Cruel” (the most successful Elvis single release, with 11 weeks on the charts), Elvis’ second RCA single, “I Want You, I Need You, I Love You,” and the classic rocker “Heartbreak Hotel” (which peaked at number one and remained on the charts for eight weeks after extensive television exposure following its release). The killer rock & roll tune, “All Shook Up” (9 weeks at number one), has also been added here, as well as classic ballads like “Don’t” and “Are You Lonesome Tonight?” and the two popular Italian ballads “It’s Now or Never” (English version of “O Sole Mio”) and “Surrender” (English version of “Torna a Surriento”). Without a doubt, this is the material upon which Elvis Presley’s legend was built

ELVIS PRESLEY, vocals & guitar on all tracks, plus:

Note: The numbers between brackets are the positions of the songs on Billboard’s U.S.A. pop charts.
All Billboard charts courtesy of Joel Whitburn.