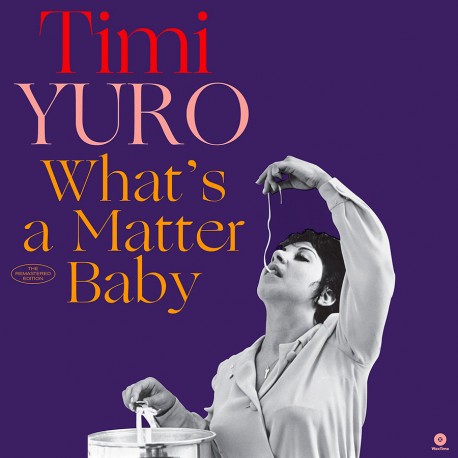 This essential edition contains Yuro’s most R&B-oriented album, the great What’s a Matter Baby, which was originally issued by Liberty Records in 1962, and has been long unavailable on vinyl.

The LP was arranged and conducted by Bert Keyes and produced by Ed Silvers. (Oddly enough, Clyde Otis is listed as the producer of the 7” of the title song.) While Phil Spector was not credited on the label, there are official sources that claim that he was also involved.

In addition to the original masterpiece, this WaxTime collector’s LP includes 2 bonus tracks from the same period: the aforementioned smash “Hurt,” and the Burt Bacharach & Hal David- penned, “The Love of a Boy.”