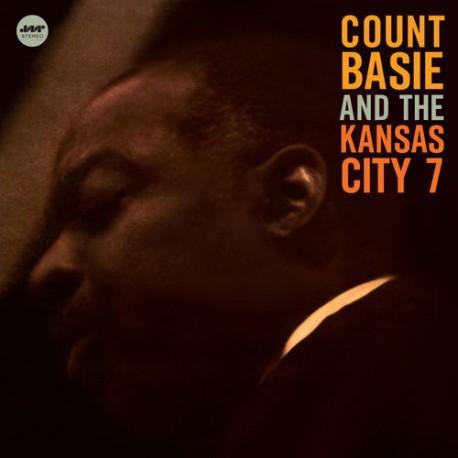 Count Basie and the Kansas City 7

Count Basie and the Kansas City 7

The superb 1962 LP Count Basie and the Kansas City 7 (Impulse AS15) Nis purely instrumental and showcases Basie on piano and organ leading a septet featuring some of the best components of his orchestra. The title makes obvious reference to the aforementioned recording formations from the late 1930s with Lester Young and Buck Clayton. Basie would continue using such labels for his small groups. He recorded an album titled Kansas City 5 in 1977, accompanied by Milt Jackson on vibraphone, Joe Pass on guitar, John Heard on bass, and Louie Bellson on drums.

As mentioned in Stanley Dance’s excellent original liner notes, two of the tracks from Count Basie and the Kansas City 7, “Oh, Lady Be Good” and “Shoe Shine Boy”, can be compared to the earlier versions waxed by “Jones-Smith Incorporated” in 1936. “I Want a Little Girl” had been taped by the Basie band with Jimmy Rushing on vocals on August 8, 1940 with a different arrangement. Also included here is the song “Trey of Heart”, which completes the session and first appeared on the compilation album The Definitive Jazz Scene Vol.1 (Impulse AS99).

(*) Bonus track: From the same sessions, but not included on the original LP.