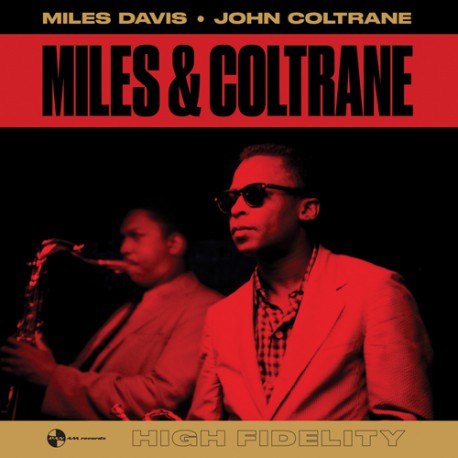 This LP presents some of the best studio collaborations between the incomparable Miles Davis and John Coltrane. The Miles Davis Quintet that was formed in 1955 was one of the greatest combos in jazz history. All of the members were uniquely creative and could have easily been successful bandleaders. “Philly Joe and Red Garland were the same age”, explained Miles in his autobiography, “about three years older than I was. Coltrane and I were born in the same year, with me being a little older. Paul Chambers was the baby in the group, being only twenty, but he was playing like he had been around forever. And so was Red; he was giving me that Ahmad Jamal light touch, and a little bit of Erroll Garner, along with his own shit up in all of that. So everything was happening”.

Everything was happening, and that’s well proven by the recordings contained in this collection.