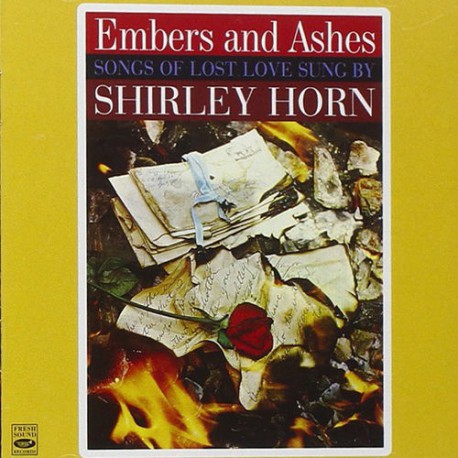 Shirley Horn was an accomplished pianist who happened to sing extremely well - infinitely superior to almost all of the many so-called jazz singers who were much better known than she was. Shirley Horn sang like Shirley Horn and no one else. There are no mannerisms borrowed from other singers, no phony funk or resorting to cliché. Her control of vibrato was enough to make her exceptional, but her approach to a pretty song was a mature one. As one of the most pleasing and most musical singers in the business: she embraced the melody, without strain or fuss and her singing was unpretentious and full of grace.

This CD set presents her first album, Embers and Ashes, a gem that, considering her eminent reputation and a host of admirers including Miles Davis, remained incomprehensibly forgotten after its release in 1960, and another outstanding album she recorded years later under the title Where Are You Going. Both deserve to be reissued for the benefit of all her fans.