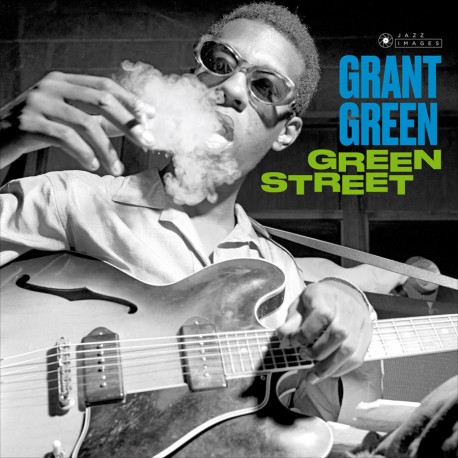 Guitarist Grant Green (1935-1979) recorded prolifically both as a leader and as a sideman (primarily for the Blue Note label). He performed in the hard bop, soul jazz, bebop, and Latin-tinged idioms throughout his career. According to critics Michael Erlewine and Ron Wynn, “A severely underrated player during his lifetime, Green is one of the great unsung heroes of jazz guitar”. Green Street marked the guitar legend’s second LP as a leader following Grant’s First Stand (taped on January 28, 1961). Unlike most of his many trio albums, it didn’t make use of the organ or the piano, featuring instead a guitar-bass-drums format. Backed by such subtle players as Ben Tucker and Dave Bailey, Green could showcase his talents with no inhibition, making this one of the most remarkable works of his whole career.