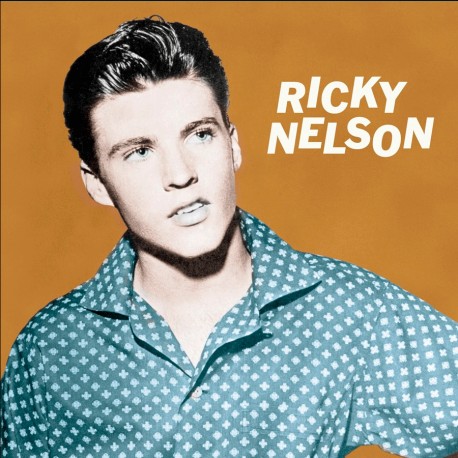 This special LP edition includes Nelson’s eponymous album, Ricky Nelson, which was originally released by the Imperial label in 1958 and has been long unavailable on vinyl. Although he may have remained a slavish imitator of the Sun Records rockabilly style on his debut LP, Ricky (1957), he had gotten much better in the endeavor. On this second album, he had vastly improved, and his band, led by guitarist James Burton, was ! rst-class. It also featured bassist James Kirkland and Elvis’ original backing group, The Jordanaires, among others.

In addition to the original LP, this collector’s edition also includes2 bonus tracks from the same period, featuring the fabulous but now underrated numbers “Ain’t Nothin’ But Love” and Johnny Burnette’s
“Believe What You Say,” which both deserve greater recognition.

RICKY NELSON,vocals and guitar, plus: