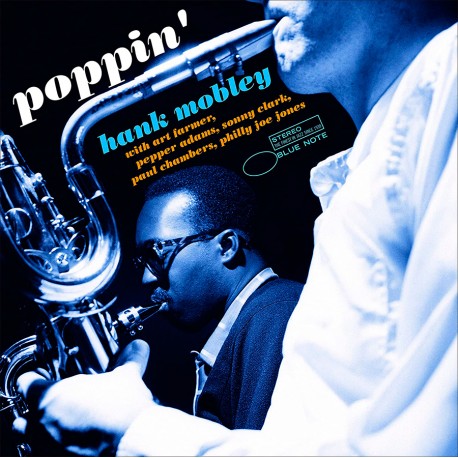 Hank Mobley was famously called the “middleweight champion of the tenor saxophone” with a round sound and an incredible rhythmic lightness on his feet that won the admiration of legions of tenor saxophone players. This remarkable session from 1957 somehow was left on the shelf in the rush of Blue Note releases that year. With an incredible cast of bop giants: Art Farmer on trumpet, Pepper Adams on baritone saxophone, Sonny Clark on piano, and the incredible rhythm team of Paul Chambers on bass and Philly Joe Jones on drums. Mobley’s “East of Brooklyn” on this date is a masterpiece of lyrical construction and just one of the albums many highlights