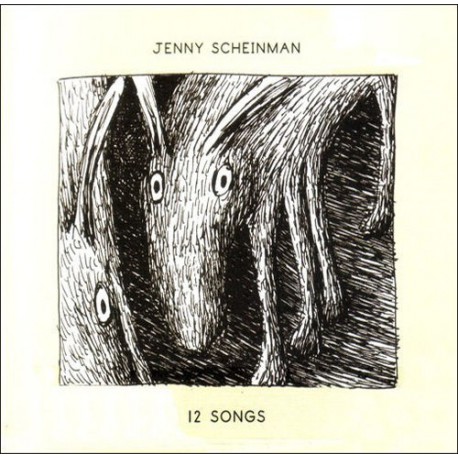 On her fourth CD as a leader violinist Jenny Scheinman fronts a septet including guitarist Bill Frisell and trumpeter Ron Miles. Timeless yet wholly contemporary, and with a sonic palette that's as fresh as it is familiar. Filled with selfless performances from a group of players with nothing to prove, 12 Songs represents a significant milestone in a career already filled with high points.
"12 Songs maintains an aura of wistful lyricism and dreamy self-reflection, not unlike the music of (Norah) Jones. But the songs are structurally diverse." - The New York Times

We are pleased to present Cryptogramophone - a label which produces state of the art recordings of creative jazz in beautifully-designed deluxe card digipacks with special prints and liner notes. The label was formed in 1998 to serve the needs of a community of West Coast creative musicians who are committed to exploring the worlds of improvisation, composition, artistic vision and instrumental technique. Since its inception, Cryptogramophone has built bridges between the West Coast music community and the Downtown New York new music scene, and has documented worthy musicians all over the world.