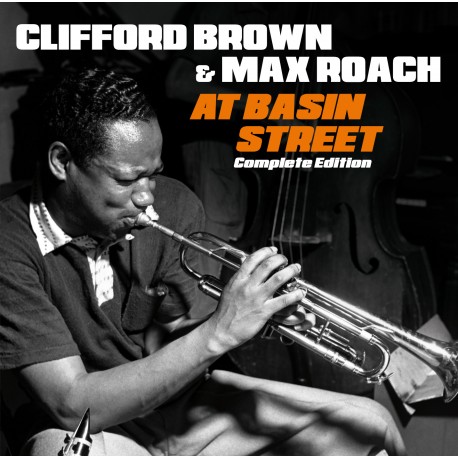 In April-May 1956, the amazing quintet led by Clifford Brown and Max Roach (with Sonny Rollins on tenor sax) was playing a long and successful engagement at the Basin Street club in New York. Thus, it was decided to title their latest studio album Clifford Brown and Max Roach at Basin Street, even though it didn’t contain a single live recording. The group would cut a second studio album in March of that year, this time under Rollins’ name, Sonny Rollins Plus Four. Despite the stated leader, this was another album by the quintet, as confirmed by the fact that versions of at least two of the album’s songs are present on actual radio broadcasts from the Basin Street club. Unfortunately, the quintet’s days were numbered, as both Clifford Brown and pianist Richie Powell would tragically die in a car crash on June 26, 1956. This release presents both studio albums in their entireties, along with all surviving alternate takes, plus the two complete broadcasts made at the Basin Street club. As a bonus, we have added a rare 1955 Carnegie Hall performance by the group featuring Harold Land on tenor sax instead of Rollins.