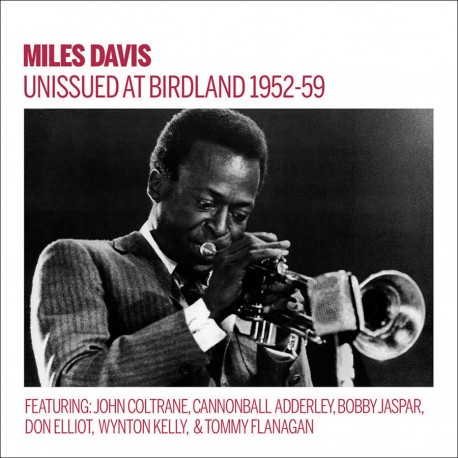 This release presents tree rare never before heard Miles Davis performances taken from Birdland broadcasts made in 1952, 1957 and 1959. They present Miles in various contexts. First, with his 1959 sextet featuring John Coltrane and Cannonball Adderley (on the very same night that he would be savagely beaten by a cop at the entrance of the club). The second set was taped in 1957 in a quintet format with Bobby Jaspar on tenor sax. The third broadcast dates from 1952 and has Miles as the only horn in a group with Don Elliot and Beryl Booker.

As a bonus, an additional unissued track by Miles, which wasn’t recorded at Birdland. This 1959 version of “So What” was taped at the Chicago Stadium with Cannonball as the only other horn, in his only known quintet performance with the trumpeter.