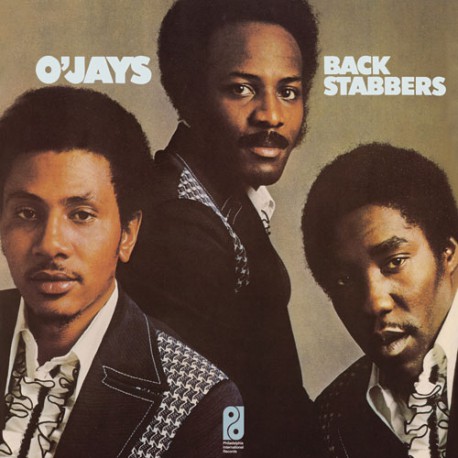 Elemental Music, together with Sony Music Entertainment, is proud to present a new reissue of Back Stabbers, the 6th album by the American soul & funk band THE O’JAYS. This masterpiece, their debut on the Philadelphia International imprint, was also a breakthrough for the group, reaching the top 10 on the Billboard Pop Albums chart and selling over 500,000 copies within a year of release. It also featured two of their most successful singles, “Back Stabbers” and “Love Train,” which hit #1 on the Billboard Pop Singles chart. On September 1, 1972, the title track was certified as a gold single by the Recording Industry Association of America. The following year, on May 8, Back Stabbers was also certified Gold by the RIAA. It has gained the reputation as a landmark album of early 1970s soul and has been cited by critics as “the pinnacle of Philly soul.” In 2012, the album was ranked number 318 on Rolling Stone magazine’s list of the 500 greatest albums of all time.

THE O’JAYS (vocals on all the tracks):
EDDIE LEVERT
WILLIAM POWELL
WALTER WILLIAMS