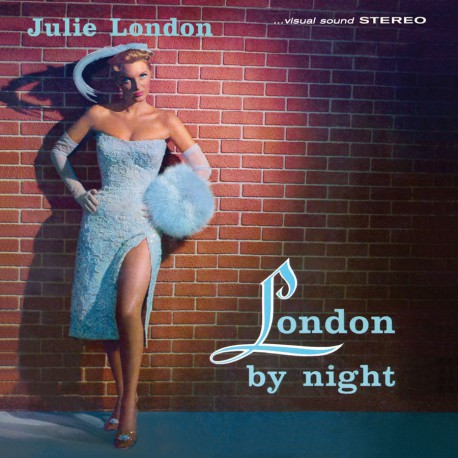 · FOR THE FIRST TIME EVER ON CD

The most sensual singer in the history of jazz, Julie London’s (September 26, 1926-October 28, 2000) risqué album covers were as much a part of her legend as her sultry and husky vocals. Her exceptional sensitivity and subtlety compensated for her lack of range and vocal training (she would never develop the skills of Ella Fitzgerald or Sarah Vaughan). The first to acknowledge her limitations, she instead utilized her skills to maximum effect. She would later state in an interview that, “It's only a thimbleful of a voice, and I have to use it close to the microphone. But it is a kind of over-smoked voice, and it automatically sounds intimate.” In addition to recording roughly 30 albums between 1955 and 1969, London would also enjoy a career in both television and film, where her beauty could be truly appreciated. She would appear in over 20 films – beside actors such as Gregory Peck, Gary Cooper and Rock Hudson. In fact, her first film role in Nabonga (1944; London was only 18!) precedes her musical fame by over a decade, and she would continue to act through the end of the 1970s (when she gained further popularity for her role as nurse Dixie McCall in the television series Emergency!).