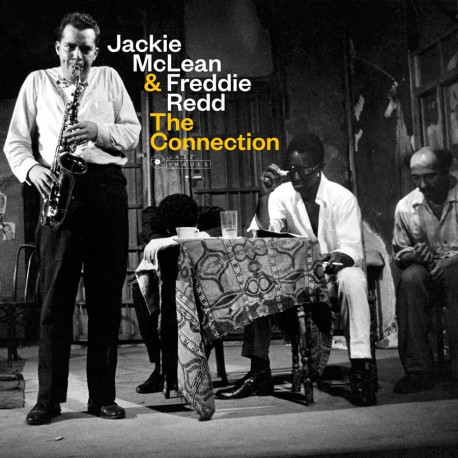 The Connection is a 1959 play by Jack Gelber about drug addiction. It was first produced by the Living Theatre, directed by Living Theatre co-founder Judith Malina, and designed by co-founder Julian Beck. The original music score was composed by pianist Freddie Redd, and the great alto saxophonist Jackie McLean played the lead. Both musicians also recorded this outstanding LP, The Music from The Connection (Blue Note BLP-4027), showcasing the score. Gelber had originally thought that the play would feature real musicians – who would also double as actors in minor roles – improvising on blues and jazz standards in the tradition of Charlie Parker, but Redd convinced him to use an original score. The end result was a set of dynamic straight-ahead bop. The complete 1960 LP The Connection (Felsted FL-7512), recorded by Redd with trumpeter Howard McGhee and presenting the same score, has been added as a bonus.